April is Bowel Cancer Awareness month, so in our latest blog post, we’re bringing you a blog by Cara, a Shine member who was diagnosed with bowel cancer shortly after she turned 32.  Currently undergoing treatment, Cara is passionate about raising awareness of bowel cancer and its symptoms, as well as sharing her experience of treatment. Please do share this blog with others and, as always, let us know what you think!

As April is bowel cancer awareness month I am asking this:

#Isitok that on average 2,500 young people in the UK are diagnosed with bowel cancer every year and that many of these individuals experience a delayed diagnosis? A delayed diagnosis that stems from a perception that in your 20s and 30s you’re too young to possibly have bowel cancer? 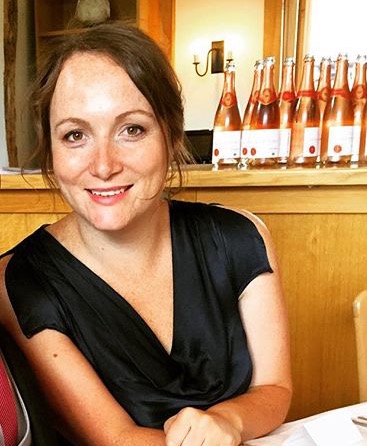 I decided to write this blog post because that is exactly the situation I found myself in 14 months ago when I was diagnosed with stage 3 bowel cancer and I hope that by sharing my story I can raise awareness of the disease and make people stop and think. After all, nine out of 10 people survive bowel cancer if it is caught in the early stages and the key to this is early diagnosis. My advice is that if you have a concern and it’s not normal for you, don’t be embarrassed speak to your GP about it. We all know our own bodies and you know when something just isn’t quite right.

A little about me……

At 32 years old I found myself staring cancer in the face like an insurmountable challenge that I didn’t know if I was strong enough to tackle. It had taken 10 months to reach a diagnosis and when I speak to other people my age with bowel cancer I’m not alone in having been told we are just ‘too young to have cancer’.

My cancer story started when I decided to pay a visit to my GP because I was slightly concerned that there were some changes in my bowel habits and I was experiencing abdominal cramps. A routine blood test showed that I was anaemic and the GP made a referral. Looking back now the anaemia explained the tiredness I had been dismissing for months as something that just happens when you “turn 30” – something which now makes me chuckle as if reaching 30 puts you on some slippery slope to the realms of being an OAP!

Before I knew it, we were six months down the line with no answers as to why I was anaemic, and with the suggestion that the pain and anaemia were both down to period pain. During this time, I also had to deal with the death of my father. It was a difficult time, but as I dealt with my grief, my life began to get back to some sort of normal. I was going to the gym, going out with my friends and I even took part in a charity cycle from London to Paris with work.

However, as the weeks passed I found myself being unable to keep pace with my friends. Little did I know that my anaemia had slowly been getting worse and that lurking in my colon was a growing tumour. Just before Christmas, after a couple more visits and chats with the GP, I found out that my red blood count had fallen dangerously low and that my doctors were considering a blood transfusion. A test on a stool sample discovered blood that wasn’t visible to naked eye and I was quickly referred for a colonoscopy. That was when I knew I had cancer. I had seen this before when my father had been diagnosed. From that point my diagnosis happened very quickly but what I still couldn’t get my head around was why, with my family history of cancer, the faecal test wasn’t done at the beginning alongside everything else. It’s still something that I question today.

Since my diagnosis I have faced 14 months of endless hospital appointments, blood tests, seven hour days in the chemo unit, major surgery and blood clots, and while I would love to say I am at the stage of moving from cancer patient into the ‘life after cancer phase’, my post-chemotherapy scan showed lesions on my liver and the cycle has begun all over again. I am now undergoing a more aggressive chemotherapy which involves the joy of a ‘cold cap’ in a vain attempt to save my hair!

Another twist in my tale…..I have Lynch Syndrome…..

Lynch syndrome is the most common form of hereditary colon cancer and can increase the risk of developing colon cancer by up to 80%. Statistics make it as common as the BRCA mutation, but many people won’t have heard of it. Being in active treatment, I haven’t been able to fully address the impact that Lynch syndrome could have on my future, but I know that when the time comes it will have an impact on decisions about children and also that there will be decisions to make about having preventive procedures. While it would be very easy to think that knowledge of this mutation could have helped to detect my cancer earlier, I can’t change the past. I do believe though that knowledge is power and, that by ensuring I get right screening, I can minimise my risk of developing another cancer in the future.

What I have learned….

Dealing with a chronic disease forces you to develop a certain superhero strength…but that’s not to say that there aren’t difficult days or days where I feel so overwhelmed by it all that I don’t know how I going to make it through the next bit of treatment. Cancer will change me, but how is not yet fully clear. I’ve been told that I am so strong to be able to deal with everything that I am going through ………personally I don’t think I’m anything out of the ordinary. I think we all have superhero strength within all of us. It’s like the saying goes: ‘you don’t know how strong you can be until being strong is your only option’.

Cara works as a buyer in the womenswear department of a major UK retailer. She volunteers as a Cancer Research UK Campaigns Ambassador and claims to have an unhealthy addiction to travel literature and anything travel or adventure related! You can follower her on Twitter @Caraeliz24.